Find Us On Social

4 Trends in LED Lighting Strips and other LED Applications, from Ewing Electric Company 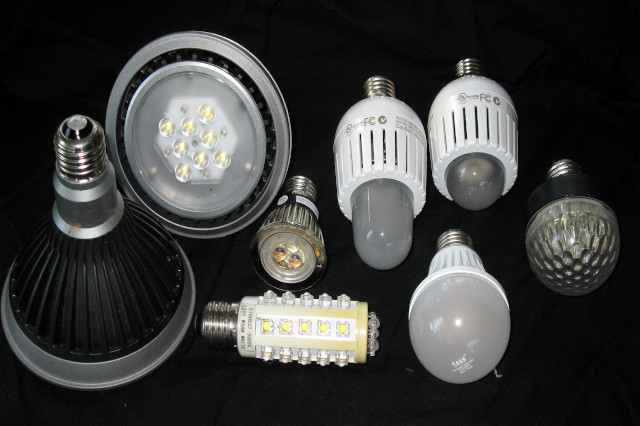 Even with the easing of restrictions on traditional incandescent bulbs, LED lights will continue to dominate in the marketplace.

Although they come with a moderately higher price, their energy efficiency and longer life give them serious advantages over the technology developed almost a century and a half ago by Thomas Edison.

But why is this, and how are these lighting solutions continuing to evolve and develop? Let’s take a look.

Traditional incandescent bulbs use a filament to transform electric current into light, giving off heat as a byproduct. This heat wastes a significant amount of energy produced, which can be costly over time.

LED lights use small flecks no larger than a granule of pepper. They transform electricity into light without much-added heat.

Also, LED lighting emits in a specific direction, rather than all around. This reduces the need for reflectors to focus light. It also enhances the efficiency of the unit.

Increasing use of LED Lighting Strips

The combination of enhanced efficiency and advanced technology will lead to increases in the use of LED lighting strips. Already, companies have harnessed this technology to create strips with as much versatility as possible.

They will help to provide light in previously hard to illuminate areas, such as closet recesses. Increased efficiency means that added lights all over the home or office will not result in additional costs.

LED white light, like that from the Sun, comes from a combination of colors matched together. Many LED lighting systems produce a whitish blue light that does not always feel easy on the eyes. This can also create a cold and sterile feel.

Until now, color and tone have served as the only advantages of the incandescent bulb. Many prefer a warmer tone from lighting, such as that provided by more traditional lights.

However, engineers have produced a number of new LED models that better mimic the warmth of traditional incandescent bulbs. This is likely to make LED lighting seem even more attractive to potential buyers.

Today’s manufacturers of LED lighting are racing to produce increasingly efficient lighting at ever lower costs. Industry experts say that this is Haitz’s Law in action.

Haitz’s Law says “Every decade, the amount of light generated by LEDs increases by a factor of 20, and the cost per lumen falls by a factor of 10.” Although this trend leveled off several years ago, engineers will likely continue to produce advances in this area well into the future.

Though Roland Haitz passed on in August 2019, his research and development remain a benchmark for the LED industry.

The evolution of artificial intelligence and the Internet of Things will continually change how people use their lighting.

Additionally, advanced systems can detect when you move from room to room in your house, illuminating or switching off as directed in its programming.

LED lighting is paving the way to a brighter and more efficient future. Call Ewing Electrical Company today to learn more about how an LED lighting system can better serve your needs while reducing costs for your household or business.

Get Social With Us

(704) 804-3320
info@ewingelectricco.com
We use cookies to ensure that we give you the best experience on our website. If you continue to use this site we will assume that you are happy with it.Accept